Not quite but not soon enough for me.

I think perhaps the worst year of my life. Everything else paled into insignificance compared with my mum dying suddenly whilst we were away in October. We flew back that night (well done Easyjet for making the flight changing the easiest part of any of it).  She was, or at least seemed, fine when they dropped us at the station, big kisses and hugs and 'see you in three weeks'. I would never have left had I realised but actually she looked better than she had in months and he problem was her legs and so I didn't think it could be anything but an inconvenience. The shock of her going and the guilt of e not being there are really ganging up on me. But my poor dad, together 70 years and now he just looks so lost. Despite being 90 he is totally self sufficient and had been looking after mum as she had her recent leg problems. Eventually we will look back and see that she had a lovely life and was well loved. She kept her marbles to the end, her great fear was to be like my grandmother who died slowly over the four years she was in hospital. She died in the home she made with the man she loved and was gone so quick that she hopefully didnt have time to be afraid. Better for her but so hard for us. We are like lost sheep.  We welcome 2019. 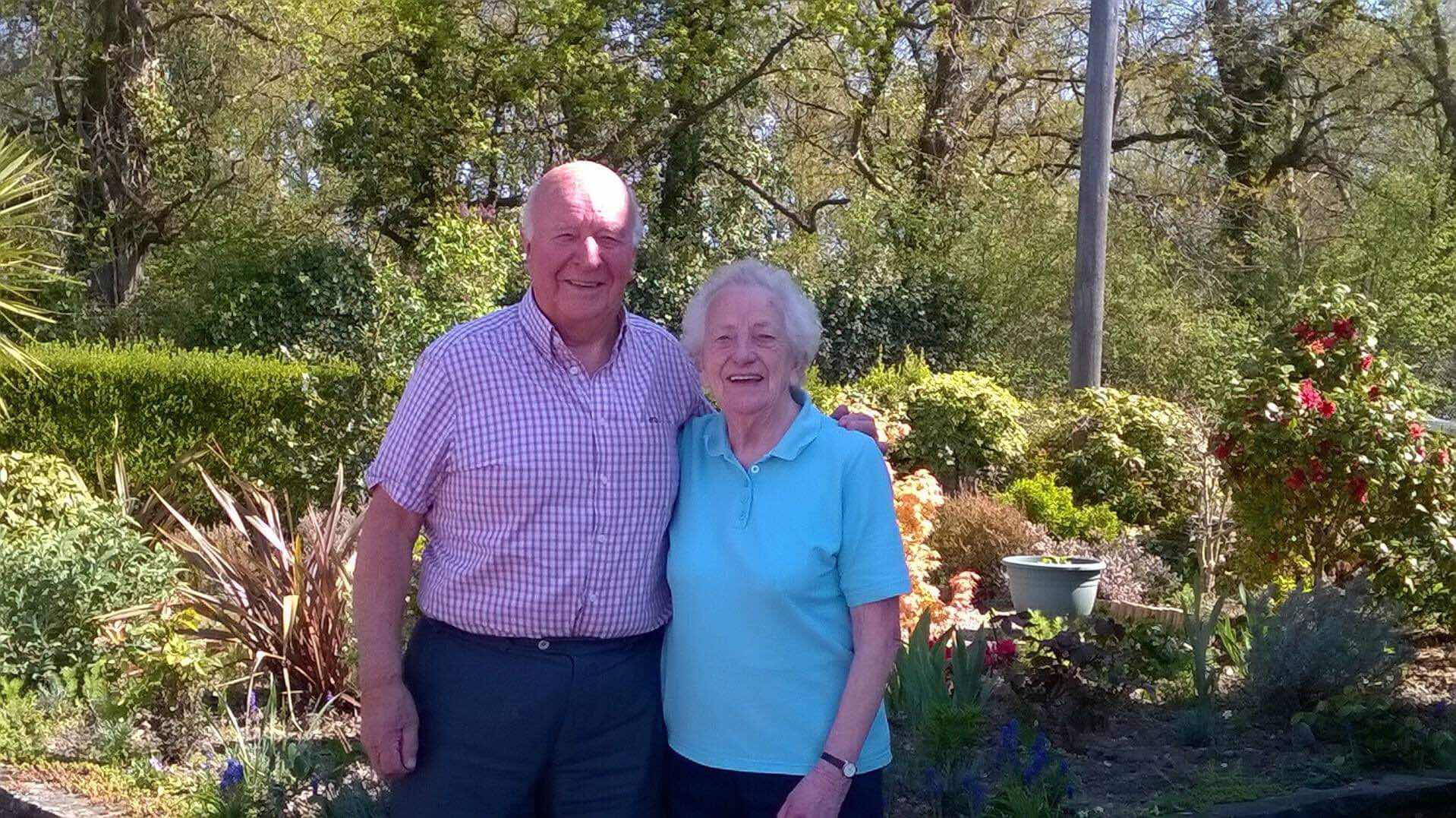 Mum and dad in the front garden.
Posted by Lizzie@her MFW Homeworld at December 28, 2018