This house is pretty old (107 years) and only one family has lived here before us, so you know it was probably in quite a state when we moved here. We bumped into a guy at the pool yesterday who lived in our street during the war. He is the grandfather of one of Faheds students. He remembers when our house was bombed! Okay, so it was bad when we got it but at least it wasn't still bombed out.

Anyway, now we feel we are in the final straight here.

I feel the end is in sight! Well as much as it ever is with such an old house.

Later today in discussions with Fahed we talk about what we do tot he Crete houses this year. Apparently I like a challenge (says the accidental landlord)

I have woken up to a glorious day and I need to ensure I make the most of it.

The doctor isn't happy with me. I have had two lots of blood tests which suggest I could be on the edge of diabetes. This seems to improve my ability to diet quite considerably. I am frantically sticking to a VLCD in the hope of dropping my blood sugar back before my next blood test. Instead of leaving me exhausted I seem to have a ton of energy. So it makes sense all round to keep myself as busy as possible today. Keep my mind off food, use up max calories, house and garden can only benefit.

Time to hit the garden

Fahed is working all day but tomorrow we will also do garden work if things are dry. A new fence panel and concrete gravel board need to be fitted. So more concreting and laying on blocks if his knee is better.

Shopping is already done for the week £33

Austerity - us and them

We are very lucky in the SOuth of the UK here. There is a fair bit of employment. My husband lost his business in 2009 but picked up two part time jobs. Later he lost one of those but subsequently he has built up his hours with the second job.

My kids both left school since the recession commenced. My eldest son works part time and his partner works 3 jobs but they get by. My youngest son took several years to get into his chosen profession, each year going back to college for extra qualification to help him get the edge to get in. We were lucky that we could afford to pay and it finally paid off. He is half way through his course now and its all sponsored so no uni debt at the end.

My job remained in place, we had two years of decrease (extra NI, extra pension contributions) and two years with no increase but at the end I still had a job.

We know pay less for our utilities then we did before the crash, because of reduce usage. our food bill is half what it was back in the day.

Just before the crash, 2007, we bought land in Greece and started to build out house.

And then we met the neighbours.  They are amazing. They live on next to nothing and they are friendly and generous.

Last year our next door neighbour had some problems with the house and with her water supply on her olives, and Fahed fixed both.  We received a gift of home butchered goat leg (it was good in stew, no kidding) and a huge goats cheese. My next door neighbour is almost self sufficient, she buys petrol for her daughter motorbike, that they both get around on, and very little else.

Fahed did some work for another neighbour. Our reward was a big bag of veggies from her garden, a litre of her olive oil and a fantastic lunch, with everything packed up to take home afterwards, and a huge bunch of wild tea gathered from the hillsides.

Lastly we spent a lot of time with another neighbour and these guys definitely know how to be self sufficient.  All the veggies and fruit is home grown, the meat is homegrown (bunny!), as are the eggs. Home made wine and home made raki is served at meals.  As far as I can see only the coffee was purchased and the petrol.  When we left to come back to England they gave us two sorts of home preserved olives. home made raki, home produced olive oil, more homegrown veggies.

The people of Greece are really hurting, they have nothing . But when a boat came ashore with 200 Syria refugees in Irepetra they collected a truck full of food, blankets and clothes together for these people.

Compared with them we are a bunch of total amateurs!
Posted by Lizzie@her MFW Homeworld at March 19, 2015 2 comments:

Today housework is calling. I must listen. The place is a wreck. Its reasonably clean but untidy and cluttered like things are queueing up to be put away. I would do before and after photos if I wasn't so embarrassed!

So some frugal achievements to get me happy and up and running!

I think I must be back on my 'auto thrift' setting.

Went to the casino with Fahed, briefly, as they have a 2 main course and wine deal on Tuesdays (to fill the place up I guess) for £10. I think it would have cost more to buy and cook. Also Fahed only goes to the casino when its free, so on random Tuesday. Next time is 24th March but I might tag along for my dinner before slipping home again.

Went to a 'go-karting and Italian' birthday evening out at work. I was too much of a scaredy cat for the carting but it was well exciting to watch. I skipped off before the pizza as the karting took so long but, and now you can tell we are a bunch of accountants, they managed to get a deal on both the carting and the food afterwards through everyone searching out vouchers. I dont know if its everywhere or just us but I notice vouchers have long since stopped being uncool.

Evening out at my sisters for chat and wine. No spend again.

Another one of my wine classes with Hampshire WIne School. We paid during our last class to get a discount (of course) and I budgeted and paid into the kitty for my food costs last pay day. This is a once a month treat and so far is very educational. I tell myself that one day I will import wine, along with my olive oil, for an interesting and maybe profitable time.

Got a quote from a plumber to fit the new cath and basin. Or actually I failed to as the guy seems somewhat confused and I still havent heard from him. Fahed has said he will get on and do it himself. Tee hee. It almost like I planned it!

Shopping now averages around £50 per week but included in there are some building up of supplies which has been going on. For example this week 5 liters of Greek yogurt as Fahed is making arabic cheese. Last week enough dishwasher tablets to last until 2017. Something I have noticed but only recently, is that we very often dont have a meal as such every day. Sometimes just some chopped veggies or a big bowl of yogurt. I was worrying we eat too much meat but I am concluding by how little I buy and the freezer never seem sot empty, that we eat quite a bit of meat when its a celebration meal or with visitors but otherwise not at all.

I bought a yogurt maker from Amazon. It was £38 down to £14 and i used my 'postal survey' vouchers. I dont know why my yogurt is always rubbish but hopefully this does the trick.

Anyway its SAturday and I dont know what the day brings, Fahed has hurt his knee laying pavers in the garden so will be home from work very early. I know for sure we wont be going shopping but I suspect we might be pricing up bathroom fittings and making cheese. perfect Saturday!

Fahed has a change of medication right now which means he has really bad muscle aches and appears to have lost the ability to sleep. He should feel better each day but maybe a few months to feel really good. To help with the muscle aches he has been taking Apple Cider Vinegar. I think I can make this myself. Here is the plan

How to Make Apple Cider Vinegar

Apple ( a mixture of cooking and eating)
Filtered water
100g cup raw honey or organic cane sugar
Equipment
1 wide mouth gallon glass jar
Cheesecloth or clean tea towel
Wash and chop up enough apples to slightly over half fill the jar.
Wash the apples and coarsely chop into pieces no smaller than 1 inch.  Cores, stems and seeds may be included.
Top up with filtered room temperature water to with a couple of inches from the top
Dissolve the honey or sugar in a little water and stir that it too.
Secure the tea towel/cheese cloth over the mouth of the jar.
Gently mix or shake once or twice a day for a week. Do not refrigerate. Sugar should start to  ferment (unless your kitchen is really cold) and there should be bubbles starting to form.
After one week strain and move to a clean jar/jars to continue.
Cover the jar mouth with a teatowel (secured - we don't want little friends getting in) & leave around for another month at normal room temperature. By then you can expect a small amount of sediment at the bottom and the beginnings of a mother if vinegar on the top! (exciting).
When it tastes right (longer time=stronger taste) then strain and bottle up. Store the bottled vinegar out of direct sunlight. If another mother of vinegar starts to form then just strain and rebottle from time to time.

Bit of an off piste post. My sons band got a mini mention in the Kerrang! magazine :)
Hopefully its just a beginning..............
Well done 'Three Times Over' 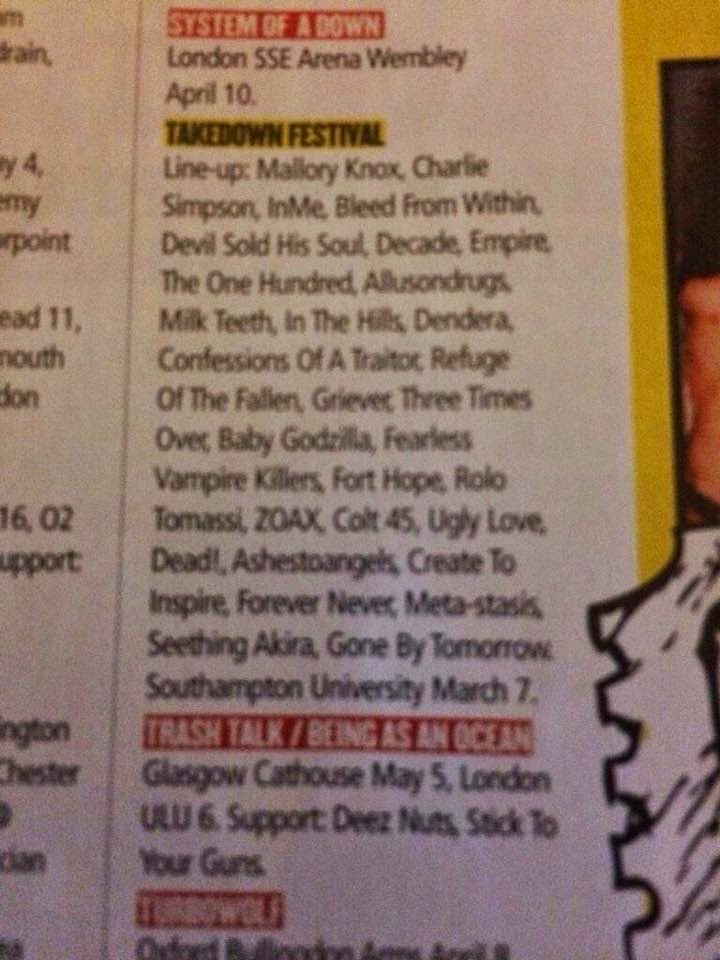 Posted by Lizzie@her MFW Homeworld at March 04, 2015 No comments:

I was watching River Cottage this week and specifically a guy who has studied chicken since 1970! Specifically how nutritious their meat is and has been over this time. It was grim listening. In 1970 it was low fat, nutritious protein, high in Omega 2. And organic chicken still are, but they others, even the RSPCA approved ones, are really no better for you than a fatty burger :(

We eat fairly healthily but I always, or almost always,buy from supermarkets.

We are going to try to make a few changes.

So in my plan this week.

A Sunday visit to the local farmers market with my grocery money.

This farm is also close by to us, so no excuses

There is farm shop about 3 miles from here as well, on the outskirts of Winchester but sadly no webpage to share. I will investigate

This is where I used to buy my veggies and I can do so again. Just need to get myself organised

Ingrid in the next street supplies eggs

One last thin. I need to revitalise my little herb garden, add a garlic garden 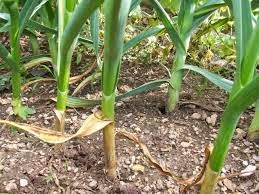 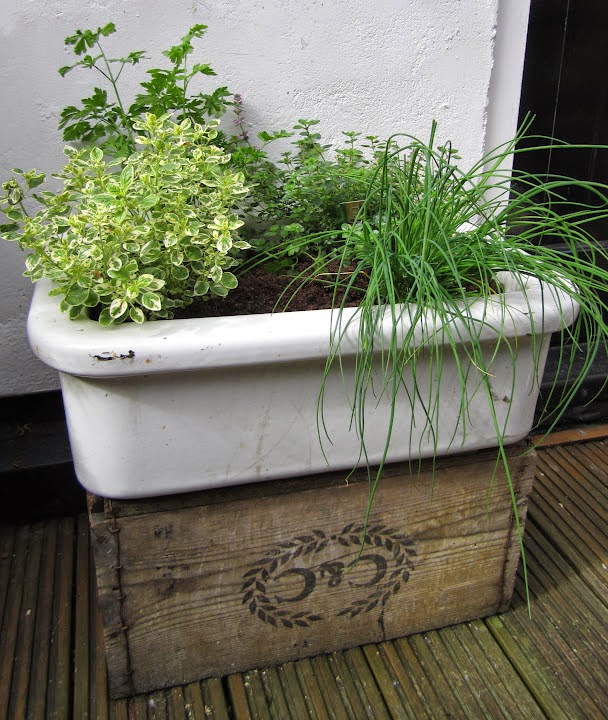