We are such an organised family! (not, obviously). We are part way through building an extension on the house. We live in the extension but its not exactly finished. There is a partially complete guest bathroom on the ground floor. We have everything we need to refit the kitchen, except time. My husband does some work on the house every week in between his actual work. So now we have discovered that there is a leak form the upstairs bathroom. Sometimes when someone showers the water comes through the sitting room ceiling, but at other times it doesn't. 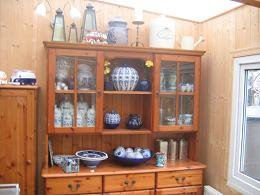 My husband started to investigate where the water was coming from. He found what might be a gap, and removed some tiles, and then some beading and a bit more tiling. Then he took down the curtain and pole, two massive mirrors, and removed a few more tiles. I said I would tile the problem areas and he agreed. However I know nothing about tiling and have been worrying about cutting the tiles all day. When I come home the tiling was started. The extension, kitchen refurbishment and the guest bathroom are waiting in line. Now we just have to make sure we don't start yet another project until something is finished. 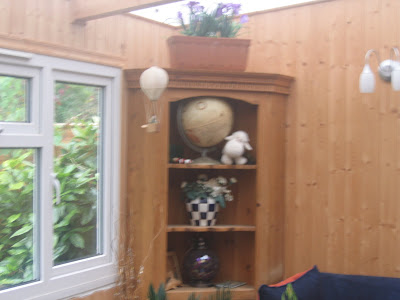 Tomorrow I will be decorating for Christmas. There will be a lot of fairy lights to help distract from the fact that we are living in a building site (for about the third Christmas in a row, actually). Oh well. if Jesus could handle a stable then I guess a building site isnt so bad.
Posted by Lizzie @ her homeworld at December 11, 2008