How life shapes us

Chatting with Fahed this week about retirement, when, how, what and all the rest of it. I found that Fahed wasn't really worried one way or the other. He basically said he will keep working until I tell him he doesnt need to anymore. I wonder when he would like to take his small private pension. Earlier and have less but for longer, or later and have more but for a shorter time. Don't mind. You tell me what's best.

Last night we were snuggled up in bed, trying hard not to freeze to death and talking about money. Our net worth is falling fast. It doesn't matter that much but it does mean we will have to work for longer. Fahed will give his thoughts on whether we should invest in...whatever but only if specifically asked.

Now I don't have any problems at all weighing up options and making decisions, coming up with ideas and making plans. Fahed has views and doesn't much like change in his every day life but about what I consider the big things in life, he seems to have no views at all.

But when you look at our cultural background its is so obvious why we are as we are. I was born in England in 1962. One of the Western Baby Boomers that could have it all if they wanted. I chose my study route, my work, my direction.

Fahed was born 18 months later in Syria, brought up in Lebanon in the middle of a war. He didn't have a moment of security until we came here 24 years later. Of course he doesn't want to worry about the big stuff. Control of day to day is all that you could hope for in his early life.

Looking on the bright side, one good thing from his early life is that he is frightened of absolutely nothing. 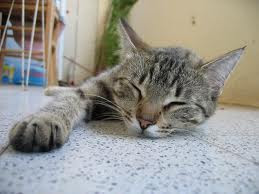 As you can probably tell from my introverted pos today, I have spent the day home alone with way too much time for thinking!!
Posted by Lizzie @ her homeworld at February 12, 2012