Eve and I got together on Sunday. Coffee and chat obviously but then it seemed like a good idea to test some of the drinks we have been making, as no-one had to go near a car until the following day.

Arancello - We used Sainsbury's basics vodka, Aldi granulated sugar, a tin of ma-made marmalade kit. We made a syrup from the sugar and some water and the stirred it into the oranges once it had cooled, then added the vodka.  We made this about 4 months ago.
7/10

Limoncello - Sainsbury's basics vodka again (cheaper is better as you don't want any taste to it at all). Asda granulated sugar. Zest and juice from a bag of asda unwaxed lemon.  We made a syrup with water and the sugar. Added to the vodka once cooled. Left also for about 4 months. Very nice but more than a hint of lemon washing up liquid.
6/10

Paddingtons Revenge - a mixture of the 2 above and just perfectly wonderful. We thought it tasted like really sharp marmalade, so might appeal to a certain bear. Darn good stuff.
9/10 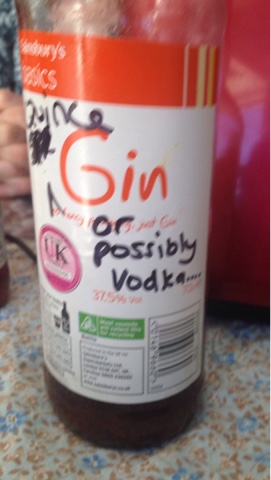