Apparently it is today. I was so sure it was next Sunday but I googled and I am wrong. I am glad the shops open on Sunday. We don't do big gifts in our family, my dad would tell me off if I spent too much, but I like to get something which he appreciates. Last year I bought him an Olive tree but mum seems to have adopted it instead. This years thoughts are in the chocolate/drink/DVD area. 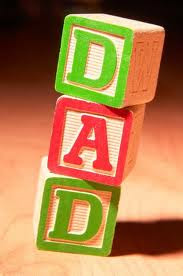 After looking forward to going to the book shop yesterday it was a complete wash out. The sale must have already been on for several days and the leftovers were Mother Day cards and banners, poor quality Christmas decorations and books by unknown 'celebrities'. The shop was at an Outlet Village, a sort of fake village of shops set up to sell everything excess stock and unpopular times (judging by the tripe on sale). The whole place appeared to be shutting down, a ictim of shoppers losing interest in shopping for the sake of it, or maybe just moving to shopping online. Jamal did ferret about in a clothes shop long enough to find two expensive, or claiming to be expensive, pairs of jeans for ten pounds. Ahdel bought some hi-tops for £15 down from £45. I guess it was a success overall but very dreary and not pleasurable.

I spent an hour or so yesterday sorting out Fahed community college options for September. He always attended college a couple of times a week at least until he had his heart attack and now is realising it was good brain stimulation. He is planning to re-take his GCSE maths at Higher to get a higher grade as last time he took foundation. He is also taking an English class to prepare for GCSE English class next year. He is pretty smart and is fluent in three languages but has little academic skills, and is dyslexic which has good and bad points,but was sent out to work at age seven, so he really appreciates opportunities to learn now. All of these lessons are free. Sometimes we, or at least I, forget how amazing this country is. Oh, and plus we have the wonderful NHS. I didn't like having an increase in Natinoal Insurance this year as it wiped out my entire pay rise, which was still better than last year when my pension contribution increase wiped out £1200 a year of existing salary, but it is worth it really. It helps to take my mind off paying £1.39 a litre for petrol. 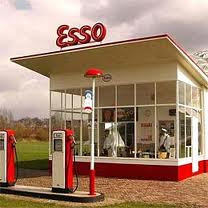